Of nest dirtiers and future donors. A current idea recycling 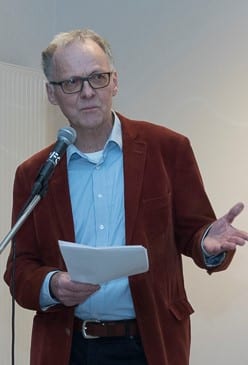 “Culture” has become a separating factor. What was designed in the 19th century as a guiding principle that unites humanity, today almost only serves to separate the “others” from “us”. The evaluations differ, but the basic pattern is the same: people are sorted according to their belonging to cultures. These cultures are assumed to have a decisive influence on individual existence; they define, it is believed, "identity".

This construction presented here of four different Idea types is a bit unusual but not really original. Ideas are like raw raw material; they only differ more precisely when their users try to focus on the approximate, the easy and the spontaneous, which is always attached to ideas. Ideas arise especially when one not only pays attention to distinctions, but also to similarities that can be established in each case. Anyone who expresses an idea is able to work with one or more distinctions (here: four idea types) in such a way that they differ at the same time and are dependent on one another. That is what makes this approach common sense: this text deliberately divides its audience can not be into insiders and outsiders, those who know and those who do not, but rather into active and passive people, into those who think along with others and also those who think differently. In many cultural events, it is important that the two are balanced - without becoming divisive lateral thinkers.

Original ones Ideas fit well in almost any time and are usually easy to market. However, there is one difference that makes the difference:  original and really original Ideas. Everything is original that fits right now but unfortunately can be out again next week. If they convey a certain sounding word mark - e.g. B. ART - really original ideas work exclusively and sometimes automatically increase their value. Since everyone today wants to be as original as possible, such ideas have a hard time. Really original are usually very original simple ideas, that are so good that their timelessness alone is convincing. Original ideas are not just born out of nowhere, sometimes they take a lifetime to be born.

Good Ideas are like precocious polluters; they are loud, cheeky and don't follow any rules. You do not care about the present, but about the (often your own) future. Their reputation is bad because they appear elitist; but not infrequently they also serve the community and promote public spirit. Many good ideas were unfamiliar at the beginning and only became valuable and recognized later (e.g. riding a bike). In the Middle Ages, good ideas were often seen as visions. Today the majority value good ideas, but sometimes they do not know what this good actually consists of for the general public. Obviously, it is a good idea to write this text that is not simply intended to teach, but rather describes the advantages associated with ideas for good and bad.

Aesthetic Ideas are the colorful dogs in the idea family. You play with a mixture of different ideas and produce lots of hybrid, strange and cheeky things, experiences and inner worlds. Many of these ideas tas if so work in a similar way to impostors. Under certain circumstances, aesthetic ideas are transformed into original ideas and vice versa. Aesthetic ideas tend to be exaggerated and polarized. Then they become interesting for minorities. Aesthetically charged ideas can manipulate political conflicts so skillfully that we all get into a dilemma. What do we do when democracy is slowly but surely being systematically undermined by certain minorities? An aesthetic idea also includes the ability to simplify matters and bring them to the point in such a way that an exaggerated simplification makes a complex context more visible.

Thunderstorm Ideas are something like the top brands in ideas trading: Without observing time, speed, lack of time, timing, flexibility and future orientation, nothing works in today's societies. Afterwards you are always smarter than you are today it is well known. Today you have to add:….  if you then still have enough time.  The advantage of all temporally oriented ideas is that taking them into account further educates us: If someone has now understood that every future represents a possible and thus a differently possible present, he can act more freely. You do not always have to react immediately, but create space for your own thinking and thinking of your own. You live now, not later and at some point no longer. But all time is as good as the present of a near future that it can - possibly - produce. Time is not money, but creates self-awareness and an awareness of urgently needed new, alternative ideas.

BLOG as an invitation to exchange

END_OF_DOCUMENT_TOKEN_TO_BE_REPLACED

One more comment on #allesdichtmachen by Michael Kröger Who today publicly expresses his opinion on ...

END_OF_DOCUMENT_TOKEN_TO_BE_REPLACED

Solidarity instead of malice

An answer to Rainer Hank, the “bad guy” among (FAZ) journalists

END_OF_DOCUMENT_TOKEN_TO_BE_REPLACED

What bats have to do with blog texts

END_OF_DOCUMENT_TOKEN_TO_BE_REPLACED 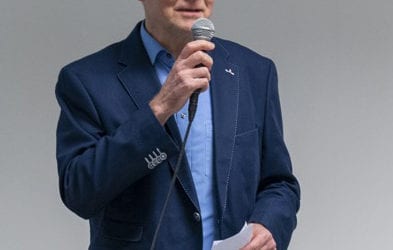 The present of the future - a new climate for art

Futurology has one thing in common with the medium of art: In both cases, their ...